Whichever tier of thrash metal you consigned Sacred Reich back in the 80's/90's they still had their moments.  "Ignorance" & "Surf Nicaragura" did a great job of establishing the band, whereas "The American Way" just got a little too comfortable and accessible (the title track grates nowadays) for my ears.  A couple more records better left forgotten about and then nothing for twenty three years.  2019 alone has now seen three releases from Phil Rind and co.  A live EP, a split EP with Iron Reagan and now a full length.

Notable addition to the ranks for the current throng of releases is former Machine Head sticksman, Dave McClean.  Love or hate Machine Head, McClean is a more than capable drummer and his presence here is felt from the off with the opening and title track kicking things off with some real gusto.  'Divide & Conquer' and 'Salvation' muddle along nicely, never quite reaching any quality that would make my balls tingle but comfortable enough.  The looming build to 'Manifest Reality' delivers a real punch when the song starts proper.  Frenzied riffs and drums with shots of lead work to hold the interest. 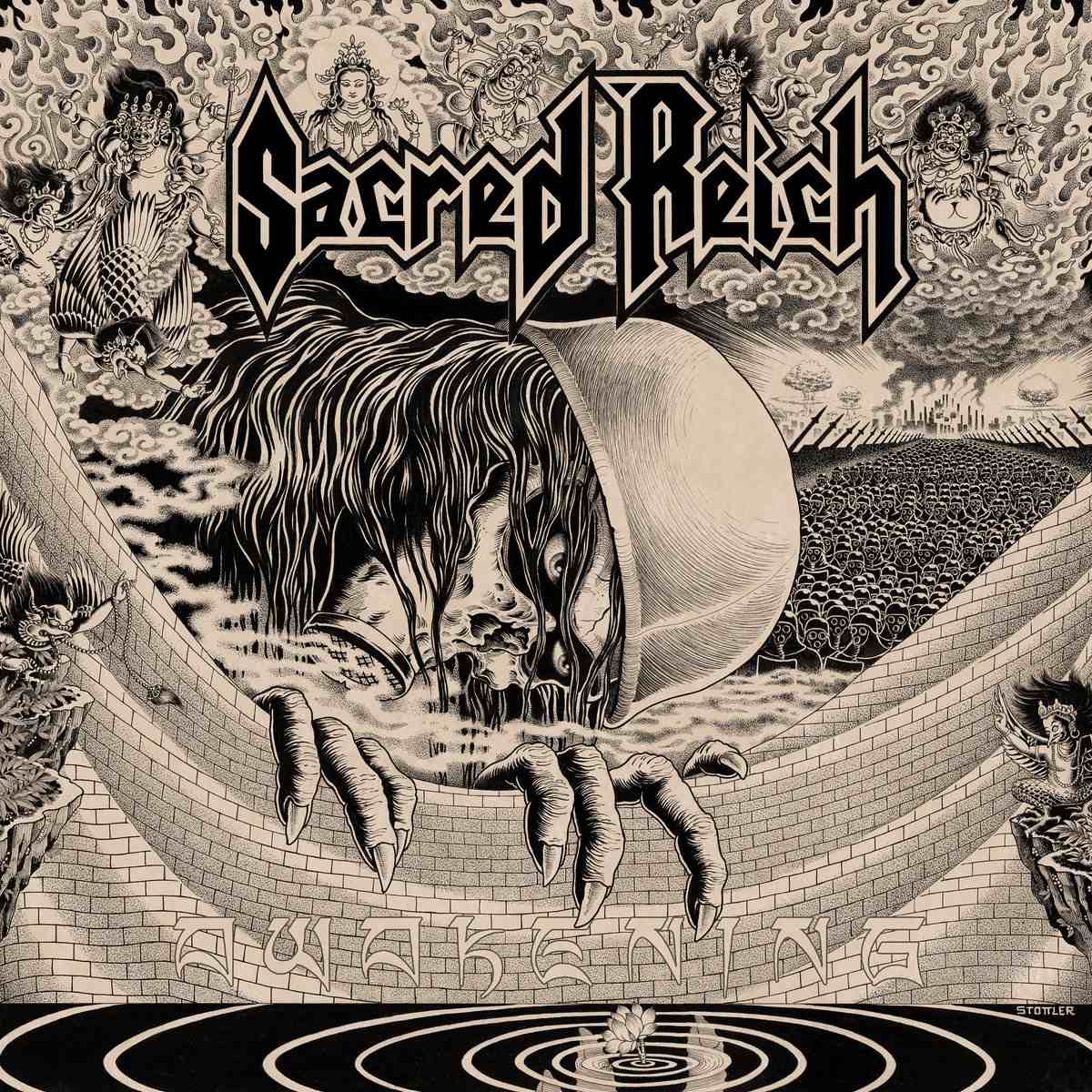 There's a problem already though (I know, I am such a fucking mood hoover).  I don't like Phil's vocals.  I never had if I am being honest.  The aggression to them seems a little forced even when they are at their best on tracks like 'Manifest Reality'.  When he tries to sing it just feels weak though ('Salvation') and tracks lose real punch.  Give him a riffy number such as 'Killing Machine' and he is fine with the Reich engine (probably a poor choice of phrase) up in sixth gear.  For every thrashy riff there's a fair share of rock edged, local bar act rhythm aplenty too.

Let's not poo-poo proceedings though, because overall I actually enjoy "Awakening".  It is stacked full of catchy riffs that are sticky on the old ears.  Whilst not as raw as perhaps the - brilliant - artwork suggests with its black and white, tattoo flash sheet style design it is enjoyable enough.  Yes, 'Death Valley' & 'Something to Believe' have no place here, saved only by Arnett and Radziwill's lead work but 'Revolution' is a fucking 80's thrash heyday throwback to the extent that if you turn the TV on during it you might catch a new episode of Cheers!