Okay, so I will admit that the prospect of an acoustic only Winterfylleth album didn't exactly fill me with joy.  The pagan, black metallers have long existed on the fringes of my radar but never somehow managed to make much more than a fleeting blip historically.

The fact is that this is one of the most heartfelt records I have listened to in quite a while.  I have more than once found myself stood stock still, completely captivated by the atmospheric beauty of what I have heard on this record.  The album opens up with "The Shepherd" a track which starts with a rendering of the Christopher Marlowe poem "The Passionate Shepherd to His Love" and this is an indication of what you are in for as a listener.  There's not one bit of BM on this record and it doesn't need any in any way, shape or form.  "The Hallowing of Heirdom" is more folk than anything even remotely resembling metal.  Imagine if Fleet Foxes dropped the irritation of that constant "hippy" vibe and showed some actual capable instrumentation also and you are loosely on the right track. 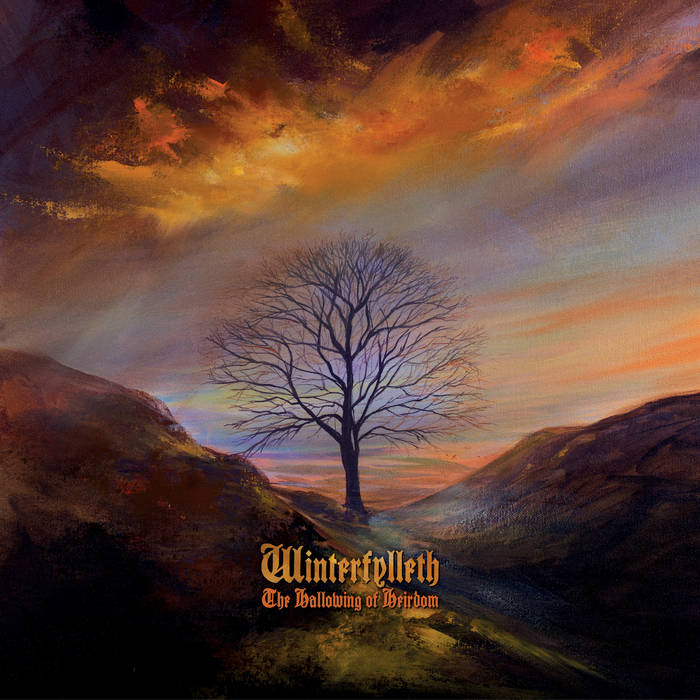 There's variety to it which is as unexpected as it is welcome and it means you never get bored despite the record clocking in at 55 mins plus.  Over 12 tracks you are actually taken on a journey that stays with you long afterwards, which is what all good journeys should do, be memorable for all the right reasons.  But don't get me wrong, it isn't OTT on the emotion front, that's not the strength on display here.  No, this is one of the most balanced releases in my recent memory.  It's like a picture album where the first picture is given to you (that cover) and then it takes over your head with numerous captures of the very essence of the land itself.  You can smell the pine of the trees, the earthy tones of the fields and almost feel the breeze on your face even though you are sat in your front room with all the windows and doors shut.

As usual with Winterfylleth there's a theme of the old ways being lost, the album title itself harking back to the importance of "heirdom" as we all exist with clear ties back to people stretching far back into history but seem to rarely give that much thought.   "The Hallowing of Heirdom" seems a fitting tribute to the ways of yore regardless.