Surprises are nice aren't they?  I mean, not socks for Xmas type surprises.  Not even tax rebate on your birthday-esque proportions either.  I am more concerned with those times in your life where you tell yourself you will hate something before you even get round to trying it, convincing yourself in the process this unheard, untasted, unseen or unfelt thing would be a waste of your time.  When you eventually throw caution to the wind and give it go you find no repulsion, no bile in your throat just the recognition that you might just have been denying yourself some entertainment or genuine fun for a proportion of your life.

This is has been my experience of "Ritual" by Soulfly.  You see I made my mind up that after "Arise" Max Cavalera was a spent force.  "Chaos AD" had its moments but largely left me a bit, "meh!"  When I tuned out of Sepultura activity entirely shortly afterwards I was aware that he had cropped up in various other guises over the years (Nailbomb, Cavalera Conspiracy) but understood Soulfly to be his nu-metal/world music project.  Twenty-something me had no time for his fucking around and since Sepultura offered nothing interesting the Cavalera contribution to my record collection was over as far as I was concerned.

There's been 20+ years since Max and Sepultura went their separate ways and it's far to say that in those two decades, Soulfly have matured a bit.  Yes, there's still the fucking pointless moments ("Soulfly XI" - saxophone and acoustic nonsense that has no business being here) where styles get mixed up and world influences intervene unnecessarily.  Yep, there's still nu metal sounds too (the melodic parts of "Bite the Bullet" for example).  But there's also a fucking raging bull of anger, dissent and venom crashing through the political, social and religious delicacy of this particular china shop in which we all live.  It kicks and charges relentlessly at times, and despite the risk of becoming speared by a horn or trampled by rampant hooves you just find yourself running alongside it riff by riff. 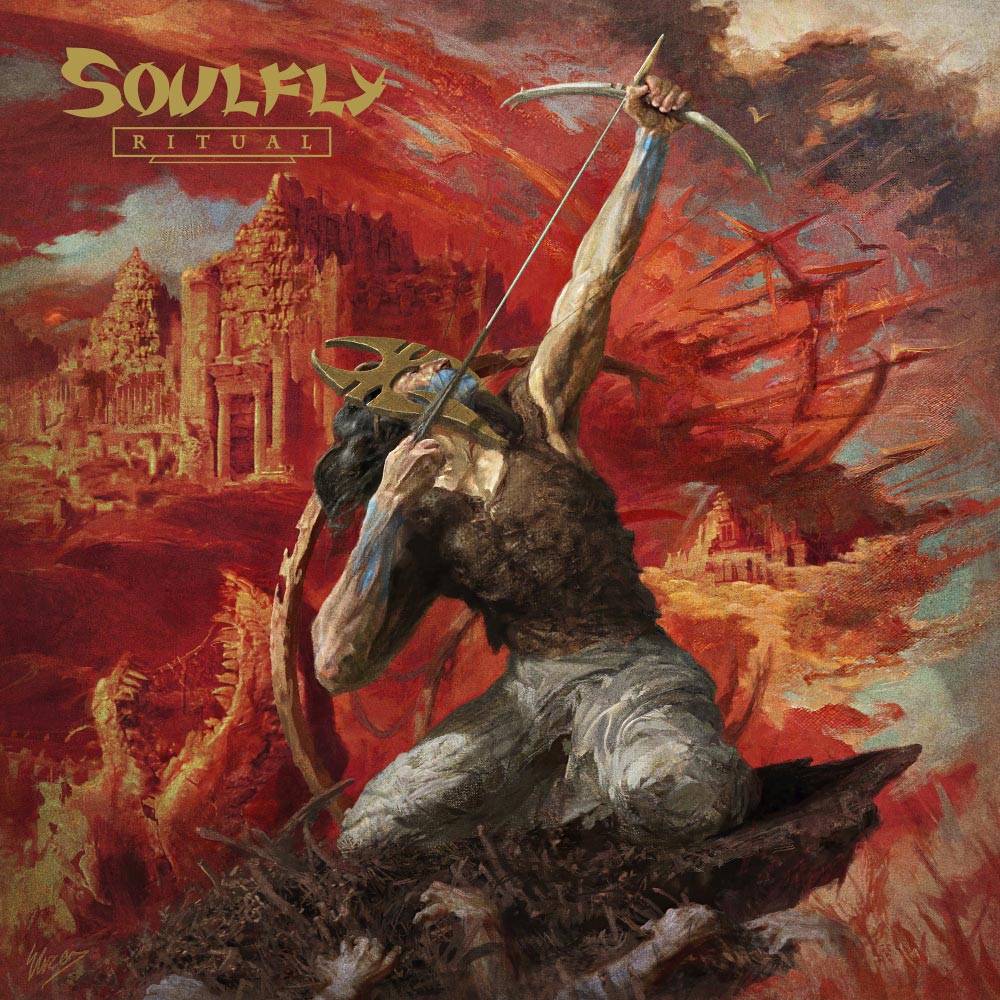 There's no wheels reinvented though.  Anyone familiar with the band might be going "just another Soulfly album dickhead!" but the point is that I had real fun playing this.  I pulled silly faces, made lots of silent shouts and nodded along appreciatively with all the catchy and familiar riffs on display.  It opens with the tribal sounding title track but this soon descends into a chugging monster of a track, well paced and accessible without sacrificing any momentum.  As the album plays we get groove, thrash and a fury long since thought gone from the Cavalera repertoire to my ears.  There hasn't been a lot released this year to really get my juices flowing and my blood pumping and Soulfly scratch that itch perfectly here.  In any other year with consistent high quality releases, "Ritual" would have much less of an impact I suspect, but as with most releases I have lauded this year (Judas Priest, Saxon..) it is the old guard doing a shift again and putting a lot of newer bands to shame in the process.