NWOBHM for the beginner

Don't forget Witchfinder General - Death Penalty.  (1982) and Friends From Hell (1983).  They were the Doom metal arm of the NWOBHM scene. 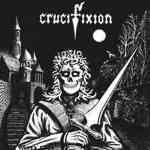 To each their own. Diamondhead was amazing.

There were a lot of quality bands to come from that era of Heavy Metal history, some are still around while some died out quickly. If you are new to this style I recommend the following: Angel Witch