Carcass was topping that level of over-the-top gore obsession before Cannibal Corpse even formed. Just sayin'. 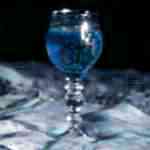 Because the music industry had always worked this way, especially pre-internet. Of course bands needed at least a modicum of talent and the right amount of luck but it's exposure through media and hav

I'll give you an excellent example for why Cannibal Corpse became the marquee band for death metal.  Let me take you back to 1994. At 14 years old, we were all moving from gateway bands into 'rea