What is the most extreme thrash/death or blackened deathrash you have heard? 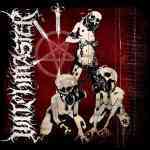