The verdict is in.  The jurors have been recalled into the courtroom.  The journalists have all sharpened their pencils and the public gallery is filling up with any interested parties still left out there.  Let's get the background check out of the way first.  This is not the Geoff Tate version of the band that eventually ended up not being called Queensryche.  This is the "original" version of Queensryche (albeit with only 3 original members) and one time Crimson Glory crooner Todd la Torre doing a sterling impression of Geoff Tate whilst having Geoff Tate's former step-son in law on guitar.  Other than that Tate isn't involved on this record.

Things look promising enough with a quick glance at the album artwork that shows a red cloaked demonic figure presiding over some cleverly designed weighing scales in the shape of the band's logo.  The 13 year old boy in me approved of the artwork almost immediately.  Reminiscent of a melodic black or death metal record, the artwork gave real hope of some menacing new direction for a band long since past their best.

As the hammer waivers over the gavel, poised to deliver the final say, the band gives a collective uncomfortable shift, wondering of the future post-verdict.  On the charge of making a terrible, contrived and utterly unmemorable record I find Queensryche guilty.  This is a bad record, I mean laughably bad.  Like worse than the new Magnum PI series.  Worse than the campaign to leave the EU even and possibly more misguided somehow.

I can't believe that established musicians such as Jackson, Rockenfield and Wilton actually heard the fully mixed version of the album and happily let it go into distribution.  At times the pace is all over the place, mixed up for the sake of mixing it up, not to support some clever structure of the song. 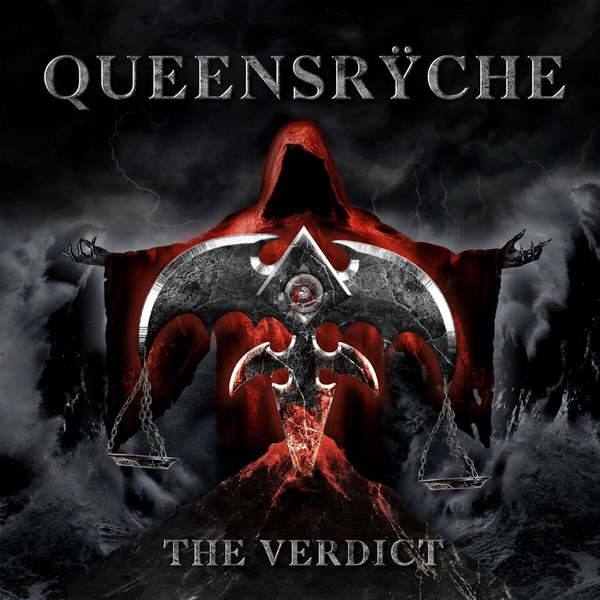 La Torre might sound like Tate but he is a poor man's version and the whole performance sounds so much like he desperately wants to be Tate it comes off like some really bad tribute act in a kids holiday camp.  The album reminds of the slightly better bits of Disturbed somehow diluted down to some horrible wishy-washy, thin and empty toned instrumentation.  The drums sound like cloth being slapped on a washing line with wet socks, the lead work just sounds tired and devoid of imagination and the vocals just cling desperately to the notion that it is still 1990 and the band are at the height of their powers.  They aren't.