Variety is the spice of life, so they say.  Someone might want to mention this to Legion of the Damned.  Picking up right were Venom left off last week in the the generic stakes, "Slaves of the Shadow Realm" churns out largely unvaried, unremarkable and unmemorable thrash metal with the odd splash of death and black metal smatterings here and there.  To give you some idea of how hard going this is I have to wait three whole tracks to here a lead guitar!  I love good chug fest as much as the next man but when it is the only flavour in the dish its impact on the palette diminishes quickly.

I can't honestly tell if the album is supposed to be one long song accidentally edited to give gaps to give the illusion of it being several tracks?  Some tracks just start very lazy (Slaves of the Southern Cross) whilst others just allude to some slight break of pace from the previous track before going off on the exact same pace, in the exact same direction (Nocturnal Commando).

The frustration is that when they get it at least half right and vary things just a touch, they can put together some enjoyable pieces (Warhounds of Hades) but the memorability factor still struggles to register much above a 0, even in these moments. 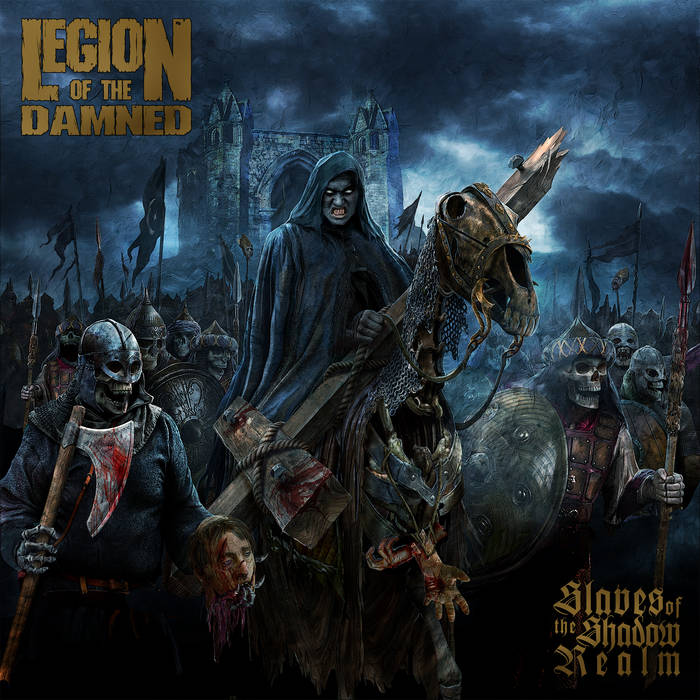 By far the pinnacle of the record is "Black Banners in Flames", a menacing thrasher of a track that allows for some relent in the ferocity stakes to apply some melody to create that aforementioned menace.  Otherwise I feel that I have had a sub par meal at a restaurant.  The chefs are perfectly competent (no Michelin stars here though folks) and the ingredients are all of reasonable quality, sourced responsibly enough, but there's little attempt at seasoning and so everything just seems bland.  It sounds like the vocalist is holding this together really.  Swinkel's performance on all tracks is obviously a notch up from his band mates' which is a shame because he deserves better really.

Painfully, I streamed the version with two bonus tracks on, which didn't help me digest this any better.  That having been said "Priest Hunt" is way stronger than most of the regular tracks available here.