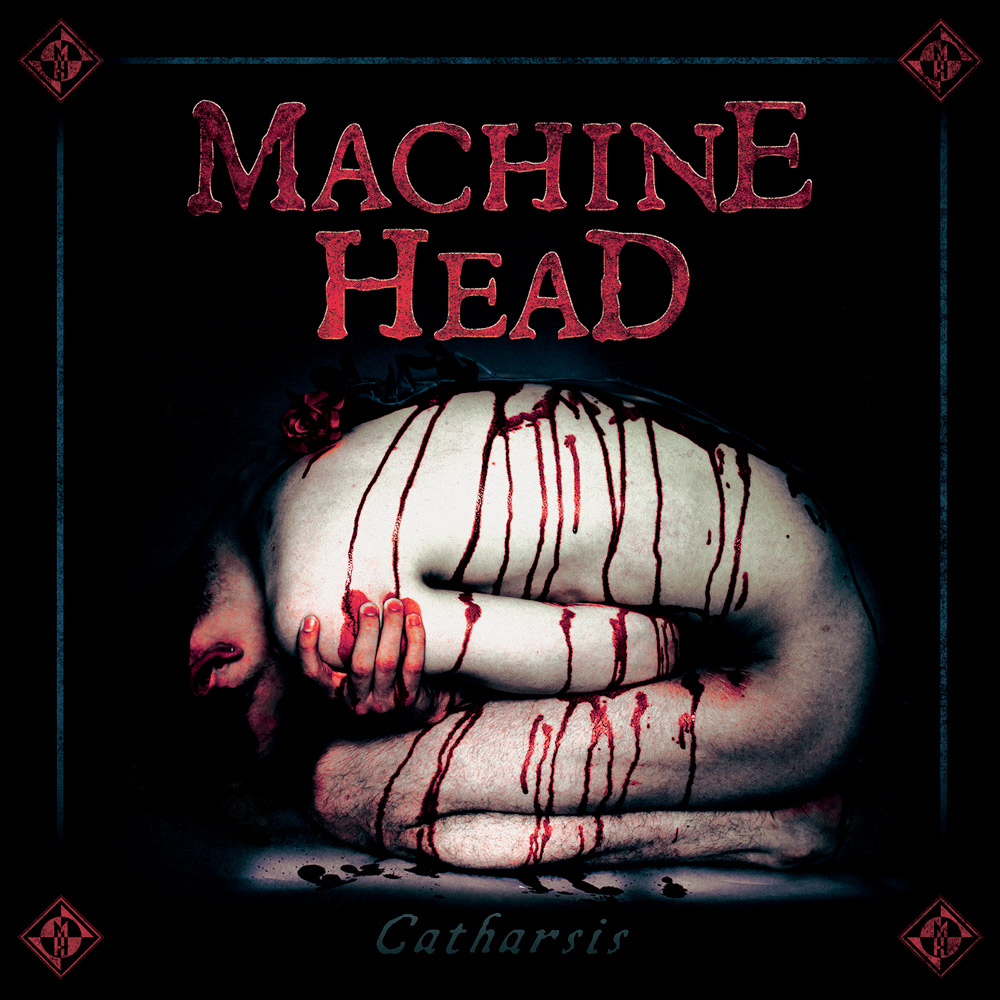 Fucking hell.  Where to start really?

Nu-metal is apparently alive and well in 2018 and I don't like Nu-Metal, so the prospects for positive words in this review are slim.  It is not that I don't like Machine Head.  I mean I am not one of the mindless internet troll brigade who respond to every release with "These guys made "Burn My Eyes" and listen to this!".  Get over it bell ends, there's no more "Burn My Eyes" nor is there anymore "The Blackening" left to come.  Whilst I will openly admit to enjoying most releases since "The Blackening" there is no denying that the sound of MH has become increasingly diluted over the albums since their "comeback".  "Catharsis" is the end point for me.  It is so diluted it is like wearing my once dark black hoodie after it has been bleach hand washed and then boil washed - it kind of has lost all substance.

The rapping is back, as if the first time round wasn't enough of a fucking car crash.  "Triple Beam" is without doubt one of the worst pieces of "music" I have ever heard.  When we aren't being treated to poor attempts at lyrical rhyming we are drowning in dreamy, hazy clean vocals that seem to be aiming (yes actually aiming) for harmony.  Yep, there's some catchy riffs but who fucking cares if you have to drink from the toilet to realise all you'll ever find in there is shit?

Why this all has to go on for 15 tracks is a mystery?  I'll be honest, the skip button got used at least 13 times in writing this review.  For all the (frankly excessive) marketing that has been done for "Catharsis" I don't think I could feel anymore of an anti-climax.  Robb Flynn is all over every mag cover, web and video interview defending "Catharsis" and that's his entitlement, he didn't write any of this for me.  It is still terrible though.